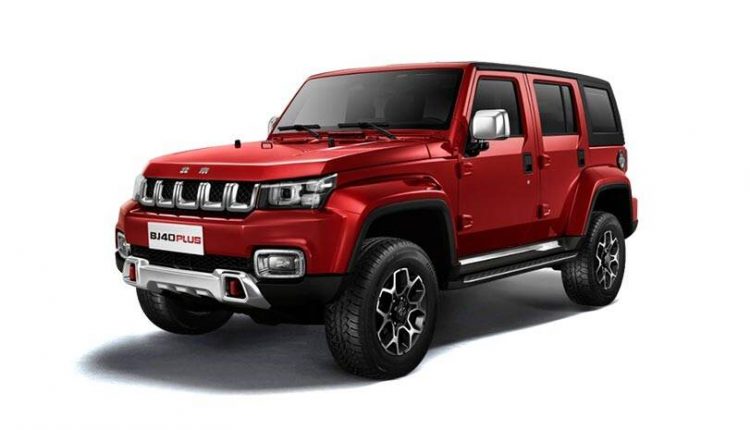 We have brought a walk around first look review of BJ40 Plus. Pakistan’s Saazgar Engineering is behind the development and manufacturing of this new SUV. According to the company owner, vehicle is set to hit the local market very soon. Earlier this year, BAIC revealed its first variant BJ40, while this is the upgraded version of that vehicle

Difference Between BJ40 and Baic BJ40 Plus:

The name of the older version of was BJ40 L, while the name of its upgraded version is BJ40 Plus. The new version is 3 inches wider than the older one. Furthermore, the company has completely revamped the interior of the latest version, from traditional to modern.

The older CBU version had left-hand drive, while the new one will come with a right-hand drive, suitable for Pakistan.

Engine of BAIC BJ40 Plus:

The company will launch this new SUV in both diesel and petrol engines. However, both engines will be 2.0L Turbo engines, producing 218hp. The company’s owner told PakWheels that it would release the petrol version first, while diesel will hit the market in the second phase of the launch

The front of this SUV looks very chic, especially the fog lamps. Meanwhile, you can remove its doors, roof, and fold windscreen; basically, the car is another Wrangler Jeep. “There are many SUVs in the market, but BJ40 Plus is only the second vehicle like Wrangler,” the owner said.